Yesterday hit a point with the Wasband that left me spending the evening cooling off and collecting my thoughts before I decided to blog (as to not get myself in trouble in our pending divorce litigation.)

Beginning with the spawn had parent-teacher conferences yesterday. Your typical yearly standards. We both attended and all was fine and dandy other than some typical homework/subject woes and lack of organization on the tiny spawns part. We sat at the table, politely and composed, as parents, putting aside our differences for at least two 20 minute session spans. Then we all walked back to the house together (our home is 5 houses from the boys school.)

Then the bickering began.

I said I needed to get a few things and proceeded to go lock myself in my/our former bedroom and compile another load of things to take home with me while he snarked at me through the door. (I still have a ton of belongings in our house so every time I’m there I take a trunk full back with me.) The Wasband told me to open the door, I said I would when I was done in a moment. I didn’t want to deal with him anymore. I rifled through my make up drawer, grabbed a few of my assorted foofy lotions and soaps, grabbed another sweatshirt from my closet, etc and all the while the Wasband had gone quiet and walked away. In my bagging midst, I hear a mans voice calling me from the living room. I stepped out of the bathroom and opened the bedroom door. There in our living room were two police officers standing near the spawn playing x-box. “Please come outside and have a word with us.” “Of course.”

I walk out and passed Wasband standing on the patio with a smirk on his face that made me fight my inner desire to scream every obscenity I could at him. The police informed me he had called because “I was harassing him and ‘stealing’ his things.” My blood was boiling. I began explaining at a mile a minute how “this is a sick game to him and none of that is true, blah blah blah.” The officer understood and apologized that he could see there wasn’t anything going on and said that unfortunately though since I don’t reside in OUR home anymore, that I would have to leave. Which was my plan shortly anyways. During our conversation, Wasband’s father pulled up. Yet another pawn in Wasband’s game, to stand beside him smirking along like his old henchman. The officer asked me if I thought I “could be done in 15 minutes?” I replied with “I’ll be done in 5,” proceeded back in the house and threw everything in a black trash bag just to speed it up. Walked out of the bedroom, quickly loved up my dog, walked out front where the officers, the Wasband, his ‘henchmen,’ and the spawn were all standing. Told the spawn to give me love and played up the cheerful face. Walked to my car and saw that all the nosey neighbors were outside watching. The officer thanked me and loudly said, so Wasband could hear,”I would rather be catching bank robbers than having to waste my time policing adults who can’t police themselves.” I apologized that he and his partner’s time was wasted unwarrantedly and looked back up at the patio as I got in my car. There I received the snide look of victory by the Wasband. I’m amazed my head didn’t explode. I was in shock. I could feel my blood pressure steep like a boiling teapot about to whistle. I can not believe he would stoop to that level in front of our children. A new level of disgust has arisen for him.

I pulled out of the neighborhood and bawled. Not that I was sad, but infuriated. I cry more out of anger than sadness for sure. I got home and immediately called the house to speak with the boys. I told them “I love you and I’m sorry that that happened in front of you guys. It didn’t have to happen and I want you to know I’m not in any trouble nor did anything wrong.” Then Wasband swiped the phone and barked “Don’t involve them!” “Excuse me?!? You involved them calling in FRONT of them! I refuse to allow my children to think I’m a criminal and have every right to explain to them. I did nothing wrong, you know this.” He replied “I am just protecting myself.” “Protecting yourself from what?!?; killer toiletries?!?…” He hung up.

I am done. Done taking pity on him. Done being the nice guy to just continue to be burned constantly by him. I really hope there is karma all I can say. 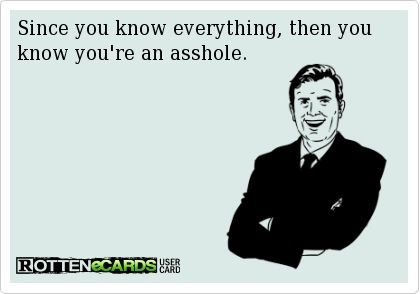 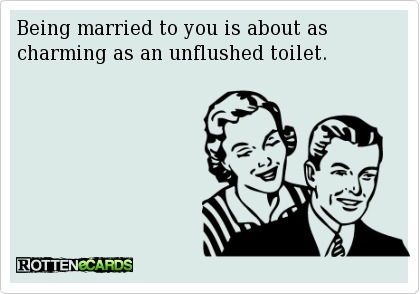 One thought on “Be in fear of killer toiletries.”